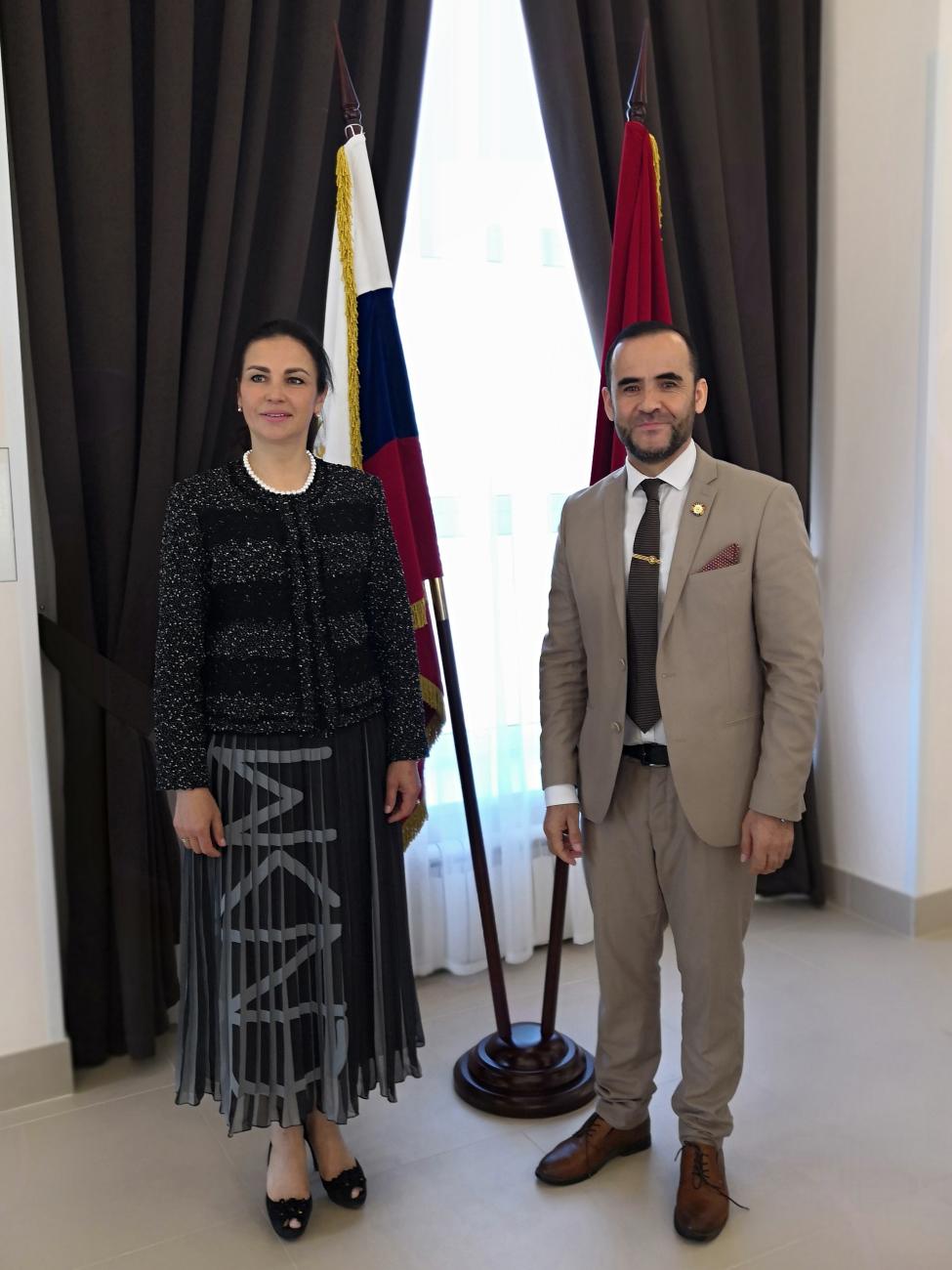 On 3 June 2021, a meeting was held between IOM Moscow Chief of Mission, Abdusattor Esoev, and Head of the Main Directorate for Migration of the Ministry of Interior of the Russian Federation, Valentina Kazakova.

This is the first meeting after the Russian Federation adopted the Constitution of the International Organization for Migration and became its full member since April 19.

During the event, practical forms of cooperation were discussed. IOM Moscow Chief of Mission made a presentation on the areas of IOM activities at the global level that could potentially be of interest to the Russian Federation. The parties also noted the relevance and importance of migration issues in the global sense and agreed to intensify joint work aimed at optimizing the promotion of Russian interests in the field of migration.

The Director of the IOM Office in Moscow expressed interest in the possible participation of the IOM in the work of the Expert Advisory Council on Migration Issues at the Main Department of Migration Affairs of the Ministry of Internal Affairs of Russia, the leadership of the Main Department of Internal Affairs announced that it was ready to study the issue of including a representative of the IOM Office in the ECS. The meeting was also attended by representatives of the Department for Humanitarian Cooperation and Human Rights of the Russian Foreign Ministry.