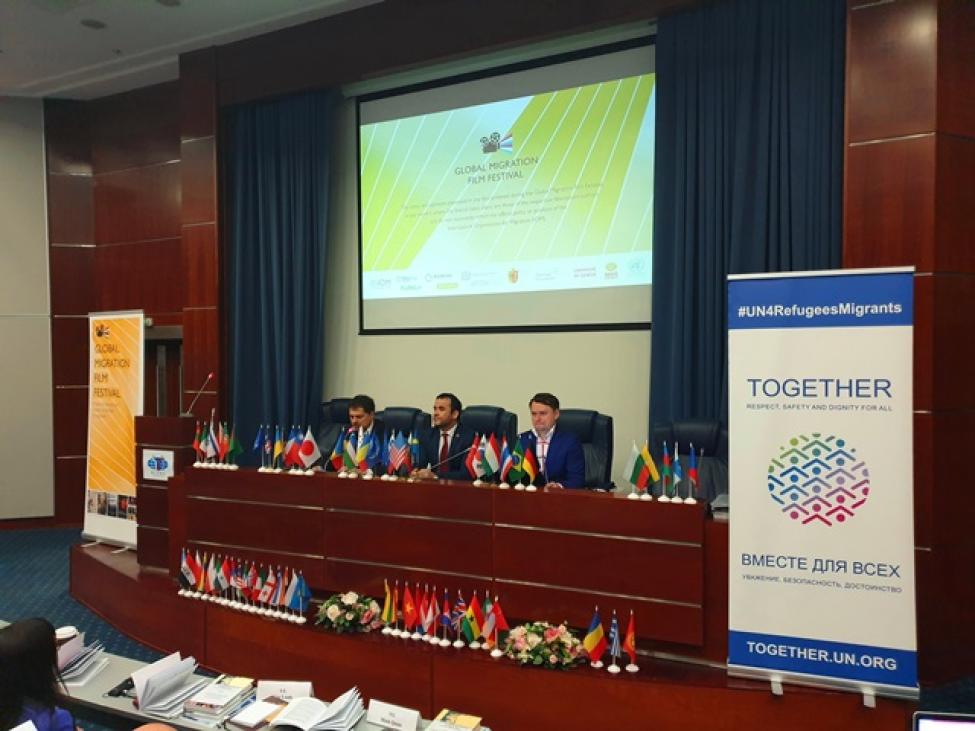 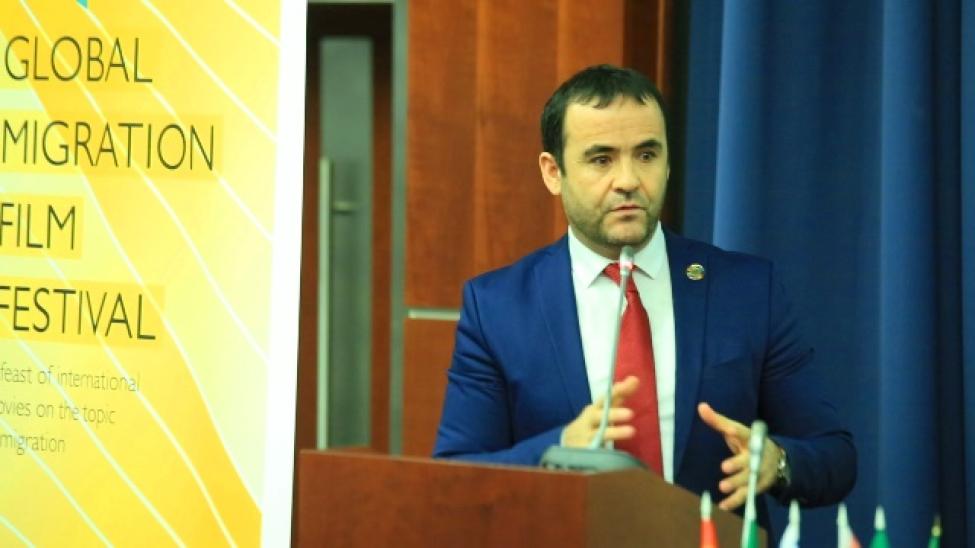 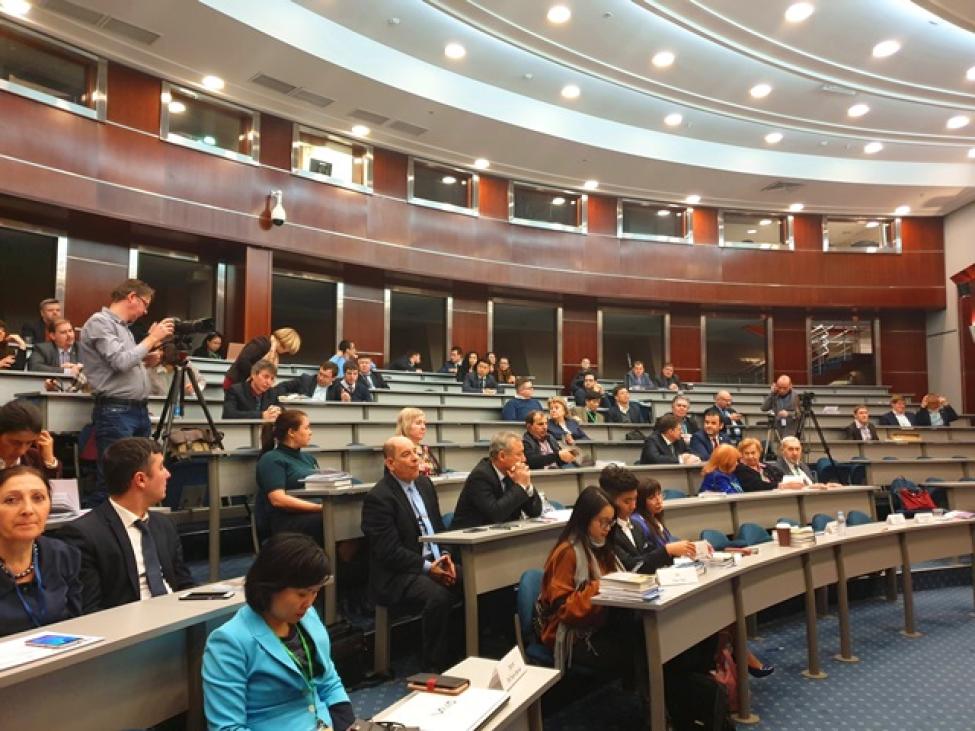 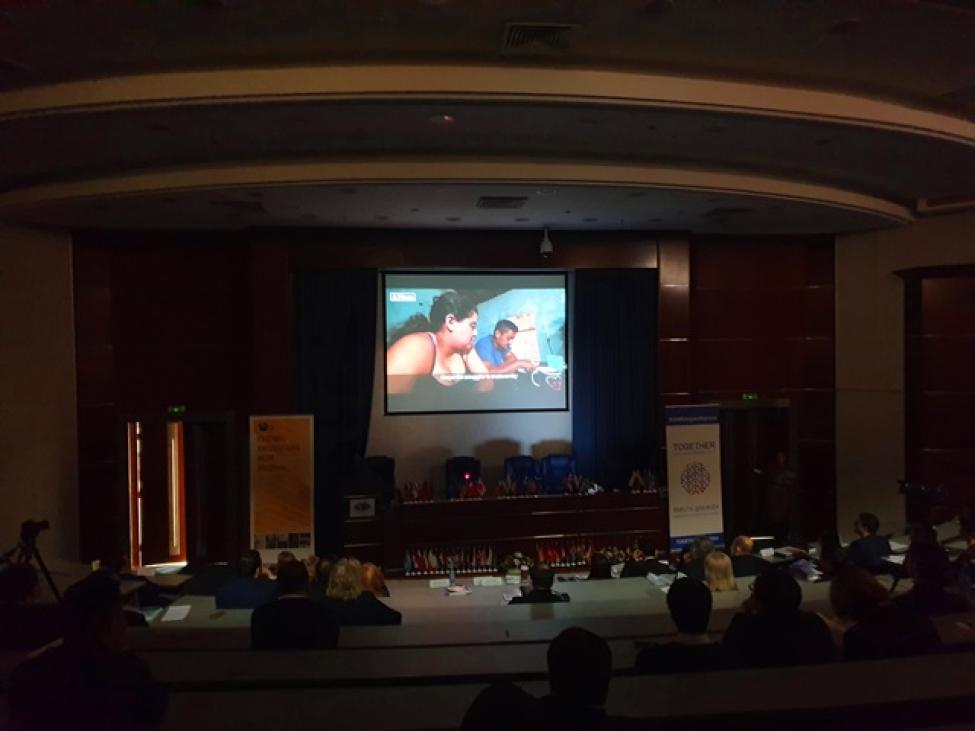 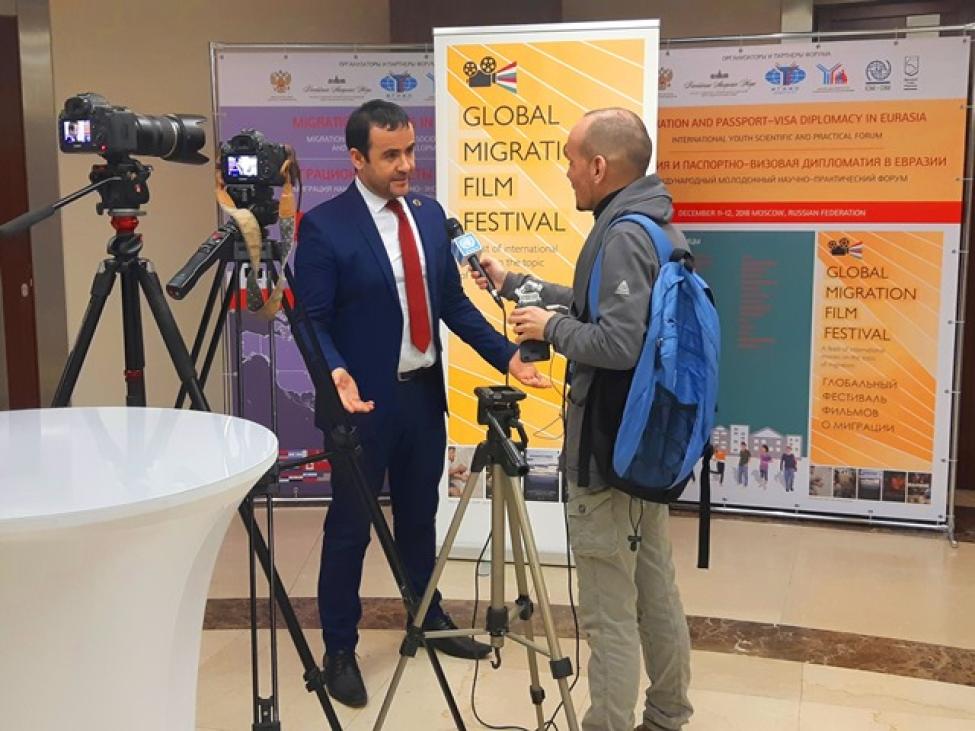 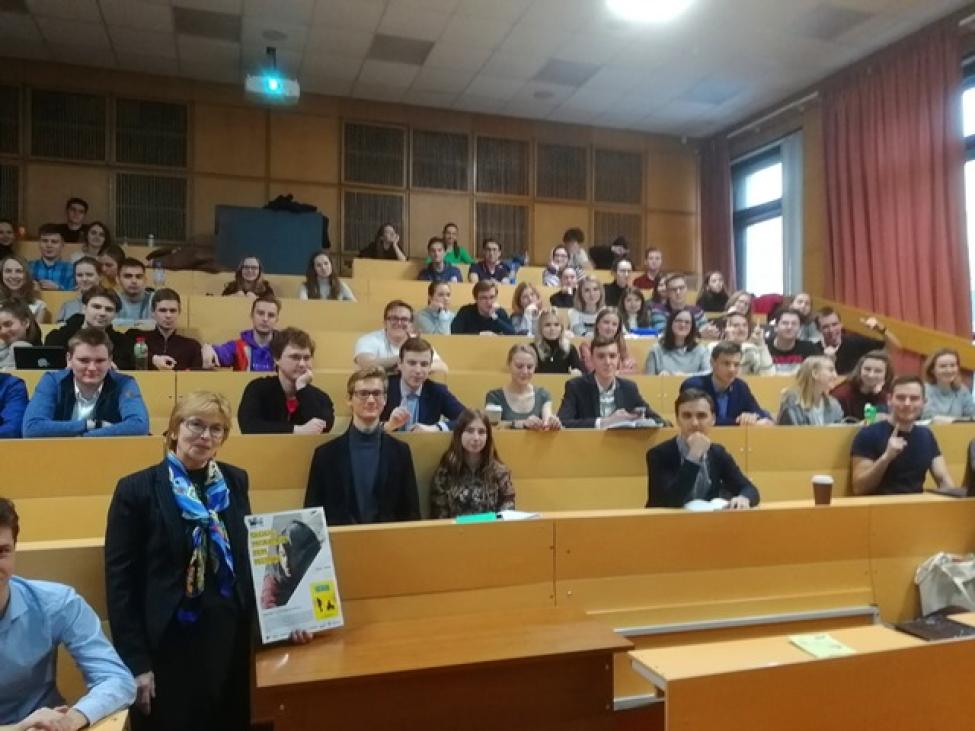 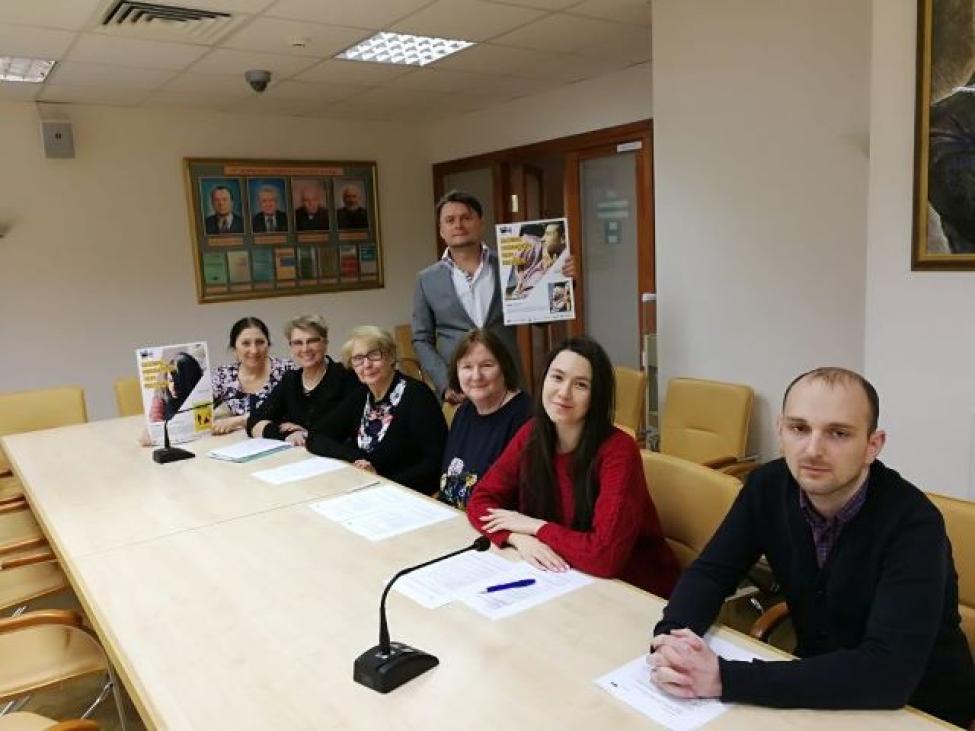 Between 11 and 18 December 2018 IOM Moscow in cooperation with MGIMO University of the MFA of Russia organized a Global Migration Film Festival. The Festival coincided with X International Scientific and Practical Forum “Migration Bridges in Eurasia”..

The opening ceremony took place on 11 December in MGIMO University with the screening of the “Donald Trump’s wall: and the family racing to beat it”, a film by Guillermo Galdos, a story about a 12-year-old Fatima who together with her sister is on her way to the US to join their mother, one of over 11 million undocumented migrants living in the United States.

Film Festival was attended by students, academia, experts, both national and international; governmental and CSO representatives.

During the whole week IOM screened 12 films that touch upon different sides of migration: “A Walk on the Tight Rope”, a German documentary that offers a remarkable insight into the asylum application process; “Bushfallers - A Journey Of Chasing Dreams”, in which four young filmmakers embark on a journey to answer a seemingly simple question: Why do Africans choose to migrate to Europe?; as well as “Logndagen”, “On the Same Boat”, “Piss - Off! Us? Brothers?”, “Every Row a Path”, “Hidden”, “Invisibles”, “Offside”, “The Migrating Image”, and “The Other Side of Dooman River”, with names speaking for themselves.

“Films about migrants are films about life, they give the society an idea about migrants as people, not as a threat. Some people think that migration is something abstract and dangerous for society, and films destroy these stereotypes - they show the life of Migrants as ordinary people”, - says Sergey Ryazantsev, Head of Demography and Migration Department, MGIMO University, Corresponding Member of the Russian Academy of Sciences.

The films were screened at three venues such as MGIMO University, Institute of Social and Political Studies of the Russian Academy of Sciences and RUDN University, a Russia’s Peoples' Friendship University. Students and their teachers, interested in migration issues, gathered to watch and discuss issues raised in the films.

“IOM Global Migration Film Festival, launched in 2016, has been instrumental in conveying the message on the realities of migration, its challenges and opportunities. I am very thankful for the support of our partner, the Moscow State Institute for International Relations of the Ministry of Foreign Affairs of Russian Federation, in jointly organizing this year’s Film Festival in Russia. The uniqueness of this year Film Festival on Migration is that it coincides with UN Member States adopting the historic intergovernmental document on migration – the Global Compact on Safe, Orderly and Regular Migration, which makes our Film Festival a special event”, - Abdusattor Esoev, IOM Moscow Chief of Mission.

The partners are UNIC Russia, Moscow State Institute for International Relations (MGIMO) of MFA of Russia, Institute of Social and Political Studies of the Russian Academy of Sciences, RUDN University.