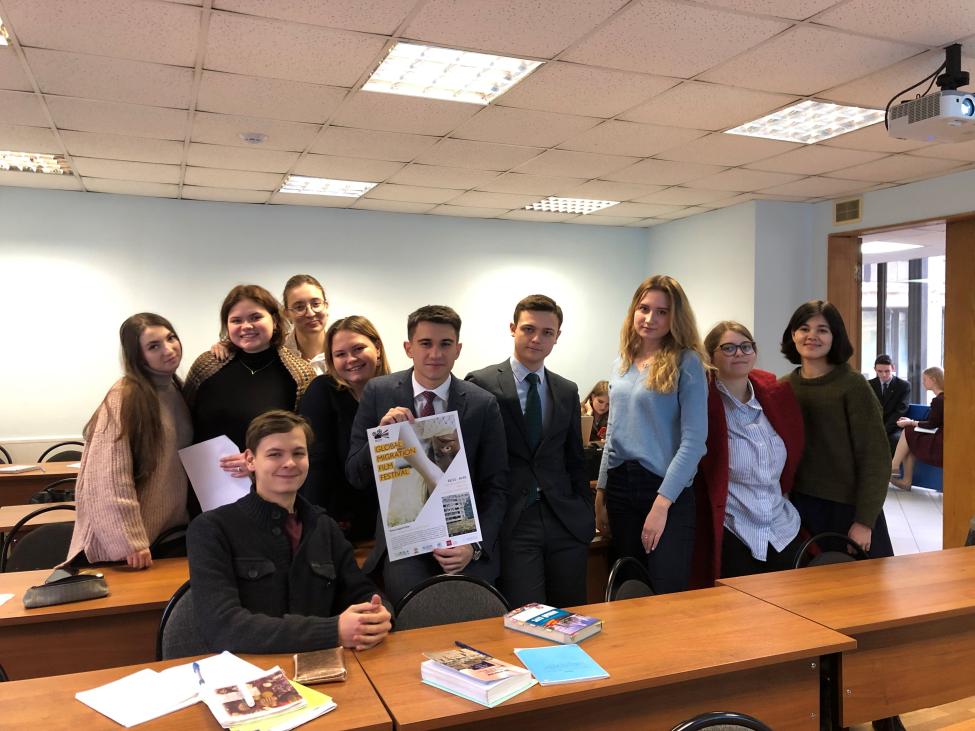 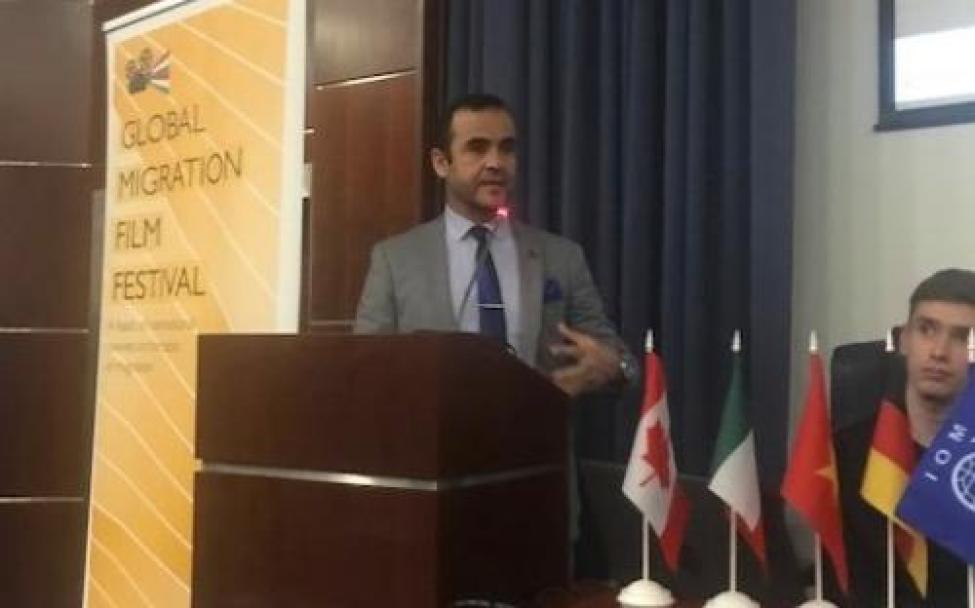 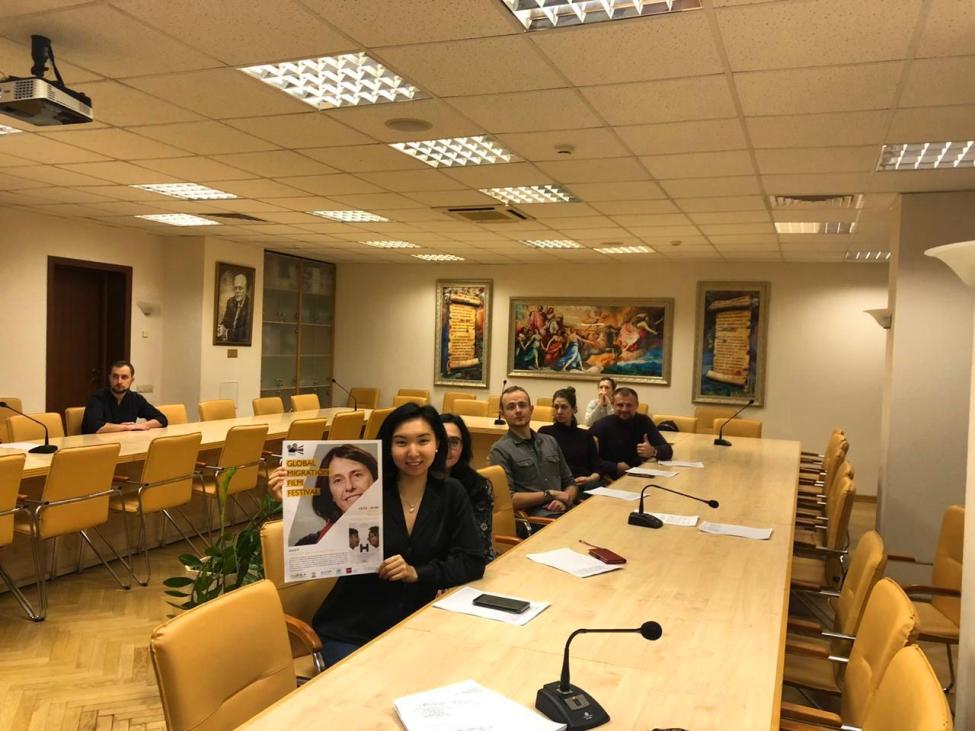 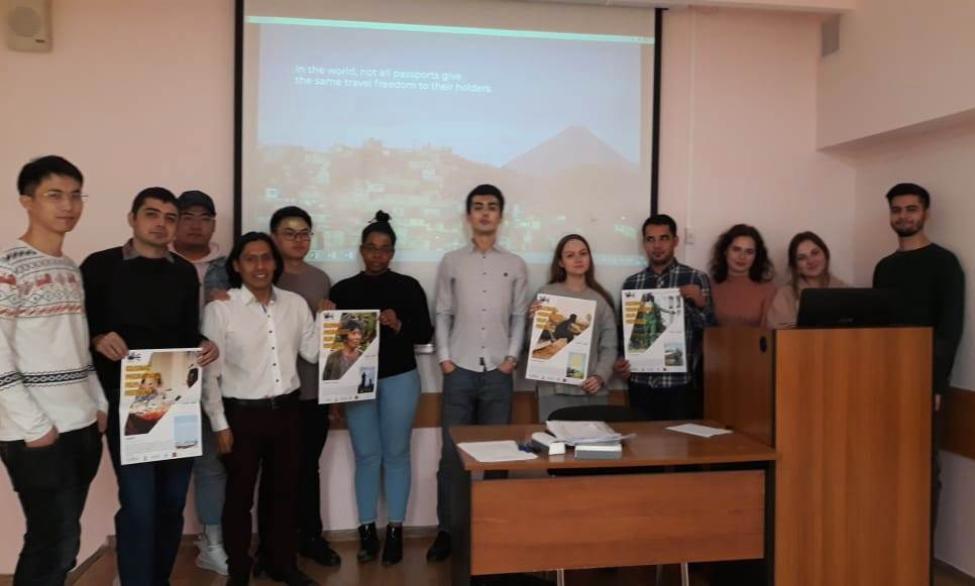 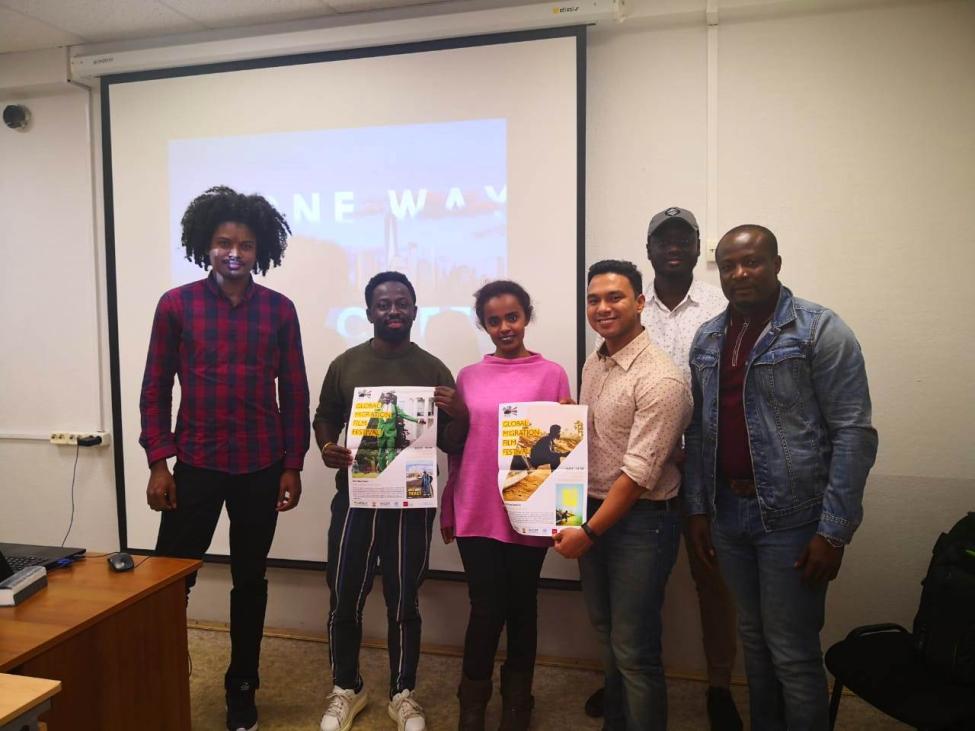 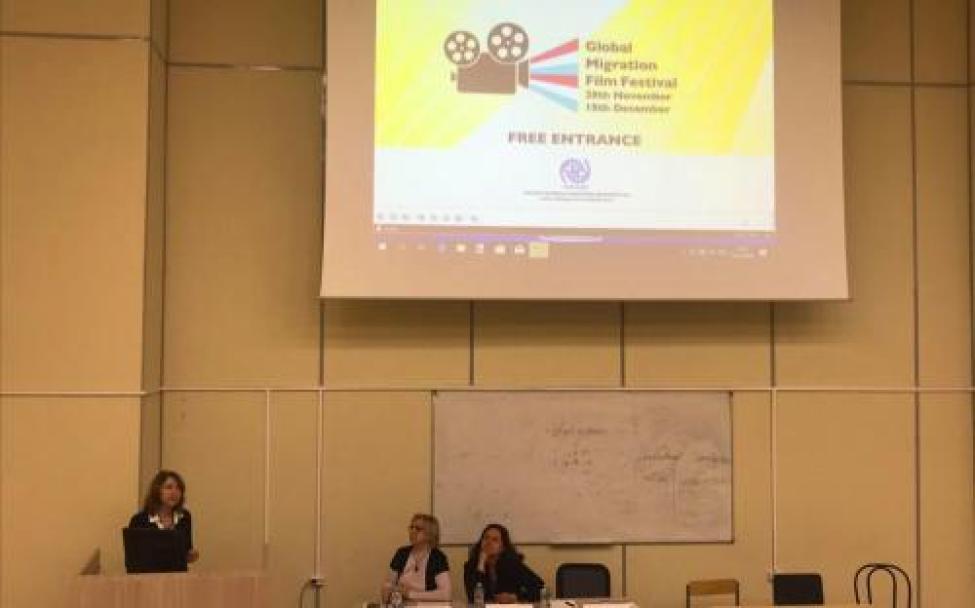 From November 28 to December 18, 2019, IOM Moscow, together with the Institute of Socio-Political Research of the Federal Center of Theoretical and Applied Sociology of the Russian Academy of Sciences (ISPR FCTAS RAS) and the Department of Demographic and Migration Policy of MGIMO University of the Ministry of Foreign Affairs of Russia, conducted the Global Migration Film Festival.

This year, film screenings were organized at four venues: ISPR FCTAS RAS, MGIMO MFA of Russia, RUDN and RSSU. About twenty documentaries and feature films were shown within the framework of the festival. The demonstrations were attended by teachers and students of several faculties of MGIMO, RUDN, RSSU, as well as researchers, applicants and graduate students of the ISPR FCTAS RAS.

As part of the XI International Scientific and Practical Forum “Migration Bridges in Eurasia: New Approaches to Forming Migration Policy for Sustainable Development” two films were shown to the participants of the event: “Haru’s New Year” (5 December) and “Riski” (6 December). During the festival period, undergraduate and graduate students of the faculties of international relations, international economic relations and the faculty of management and politics were shown a total of 10 films on migration topics: “Haru’s New Year”, “Riski”, “One Way Ticket”, “I Migrati”, “Three August Days”, “The Climate Limbo”, “Dying for Europe”, “Grand H”, “The Power of Passport”, “Lost Café”.

On the basis of the Institute for Socio-Political Research of the Federal Center of Theoretical and Applied Sociology of the Russian Academy of Sciences, a screening of the film “Grand H” was held. Employees, graduate students and applicants for the ISPR FCTAS RAS ​​took part in the screening.

The Department of International Economic Relations of the Peoples' Friendship University of Russia (RUDN) showed the films “The Power of Passport”, “Gifts from Babylon” and “One Way Ticket”, as well as the film “I Migrati” to the undergraduate students.

The films reveal and demonstrate the acute problems of various forms of modern migration of the population in different regions of the world. These are push and pull factors of migration, problems of illegal migration, corruption around migration and discrimination of migrants, poverty, wars and economic development of countries, the health of migrants and the status of women in migration flows, the impact of environmental problems on migration flows, as well as the need to regulate migration through the efforts of all states.

Another platform was the Moscow Pedagogical State University (MPGU). On December 3, within the framework of the XI International Scientific and Practical Seminar from the cycle "Dialogue of Civilizations and Intercultural Cooperation", a short film “Haru’s New Year” (2018) was shown to the audience about the difficulties faced by a Japanese immigrant girl in a Canadian school. The story about the girl was very relevant in the light of the topic of the seminar: "Cultural and linguistic adaptation of migrants through education."