IOM Moscow Chief of Mission met with Head of Rosstat 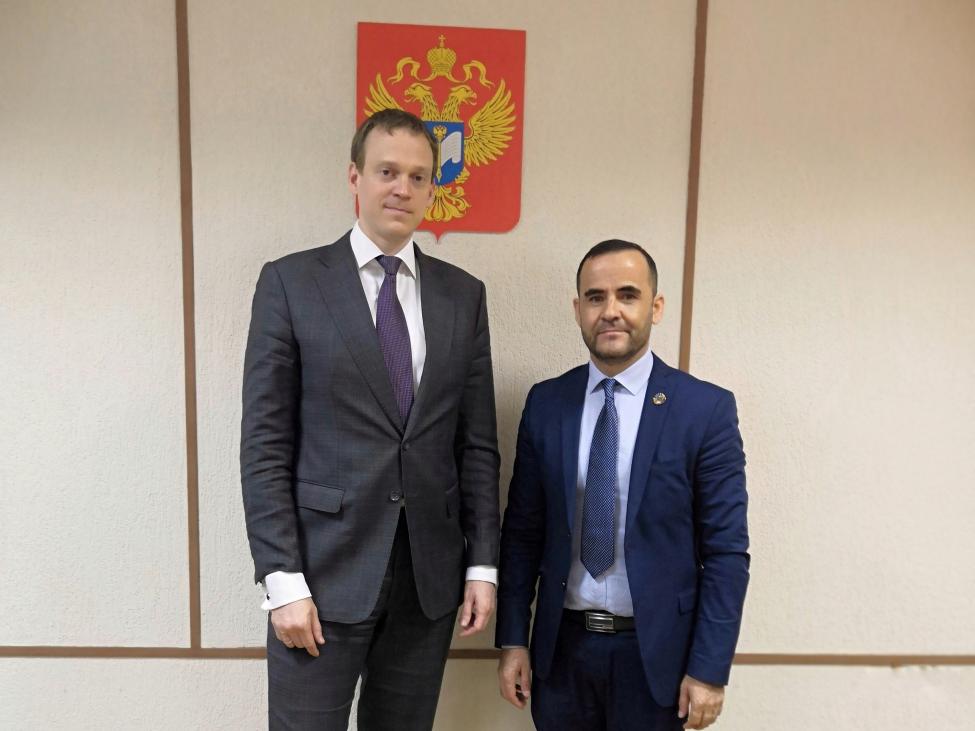 Head of Rosstat and IOM Moscow Chief of Mission. 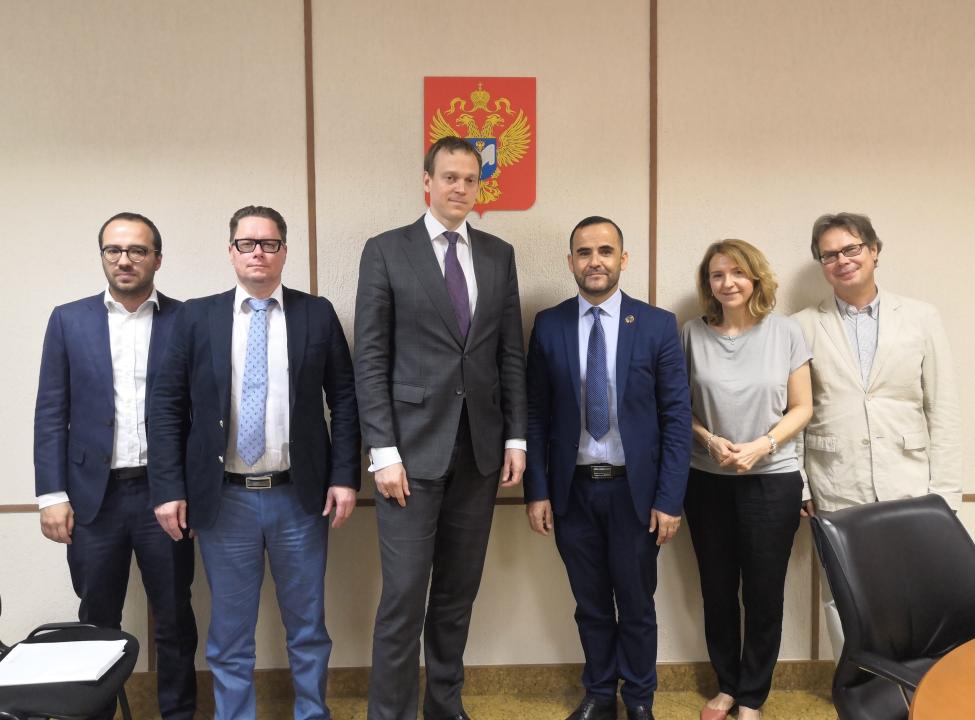 Moscow – On June 5, 2019, IOM Moscow Chief of Mission, Abdusattor Esoev, met with the Head of the Federal State Statistics Service, Pavel Malkov. The meeting was also attended by representatives of IOM Moscow and Rosstat.

Head of Rosstat, Pavel Malkov, noted that the organizations have been interacting for a long time, but mainly in the format of participation in various forums, thus perhaps it’s time to develop cooperation.

IOM Moscow Chief of Mission, Abdusattor Esoev, briefed the delegation about the activities of the International Organization for Migration, the Global Compact for Safe, Orderly and Regular Migration, as well as the IOM coordinating role in the UN Network on Migration.

During the meeting, Rosstat was provided with information about IOM project on enhancing the capacities of APEC economies in collecting, analyzing and using data to inform labour mobility governance and cooperation in the region. Within the project IOM conducts expert interviews to identify best practices for collecting and using data, as well as possible shortcomings. Given that the Russian Federation is a member of APEC, it was proposed to Rosstat to consider the possibility of participating in the survey.

During the discussion of possible areas of cooperation, the representatives of Rosstat highlighted such relevant topics as improving the data quality, data comparability, new sources of migration data, as well as Sustainable Development Goal indicators.

Pavel Malkov informed that in October Rosstat is planning to hold an international conference on digitalization of statistical activities and invited representatives of the International Organization for Migration to take part in it.

At the end of the meeting Head of Rosstat and IOM Moscow Chief of Mission expressed mutual openness and readiness for cooperation and interaction.