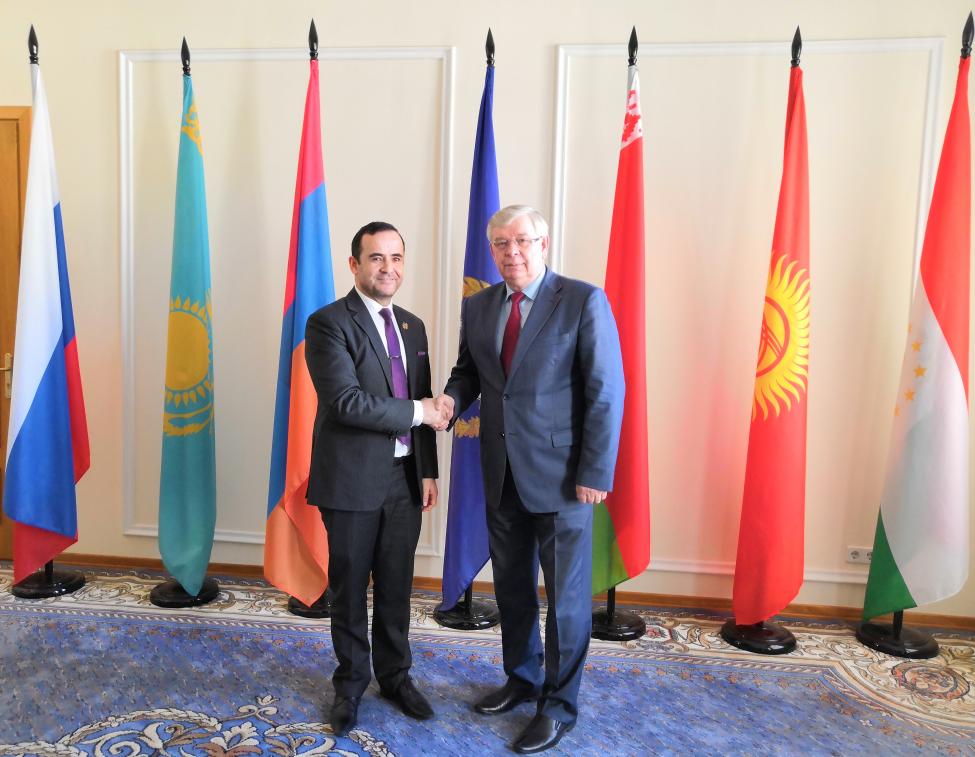 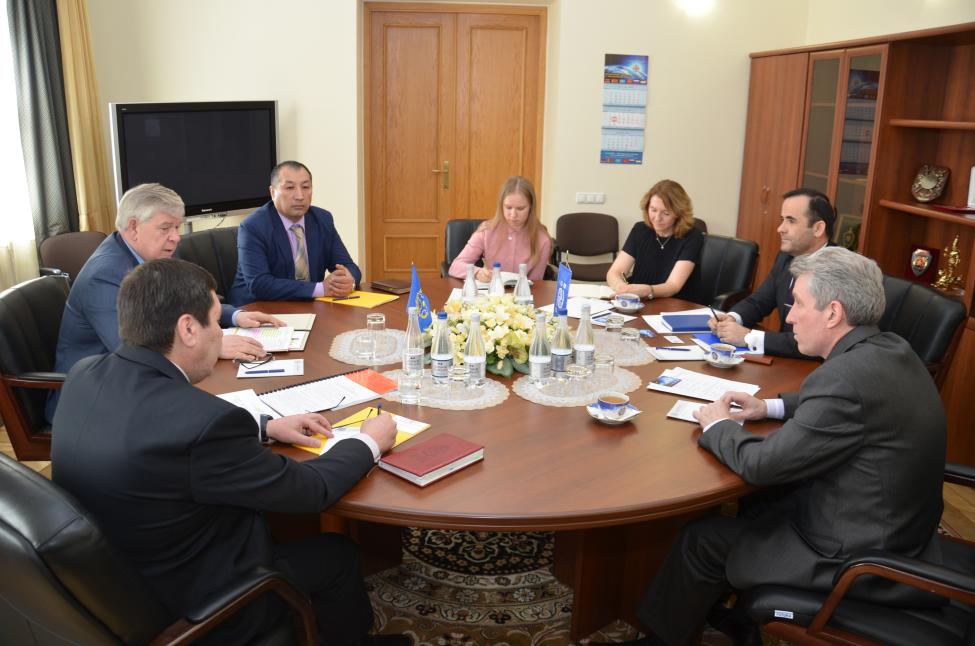 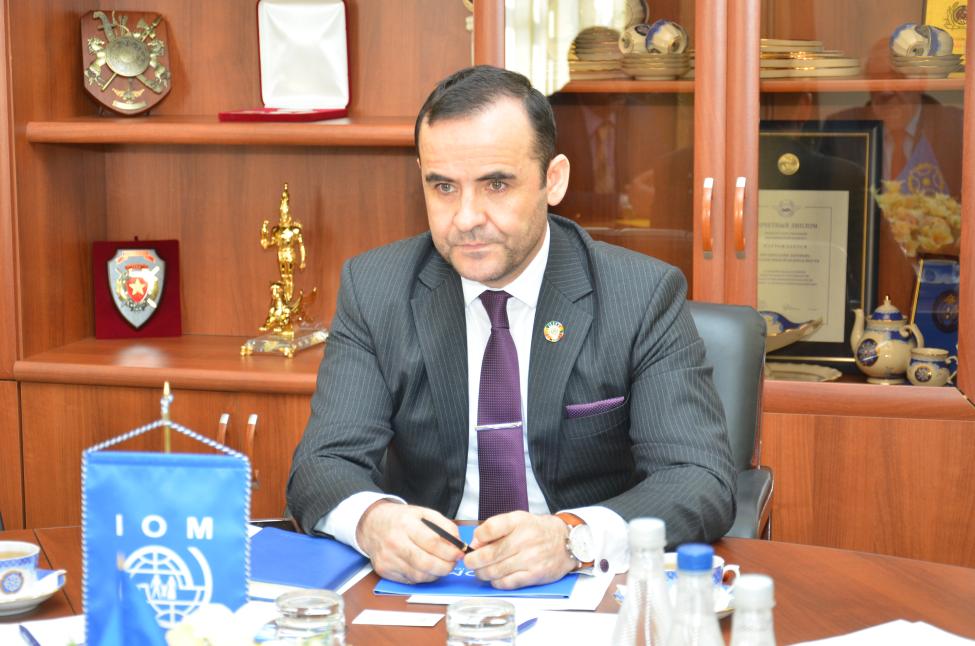 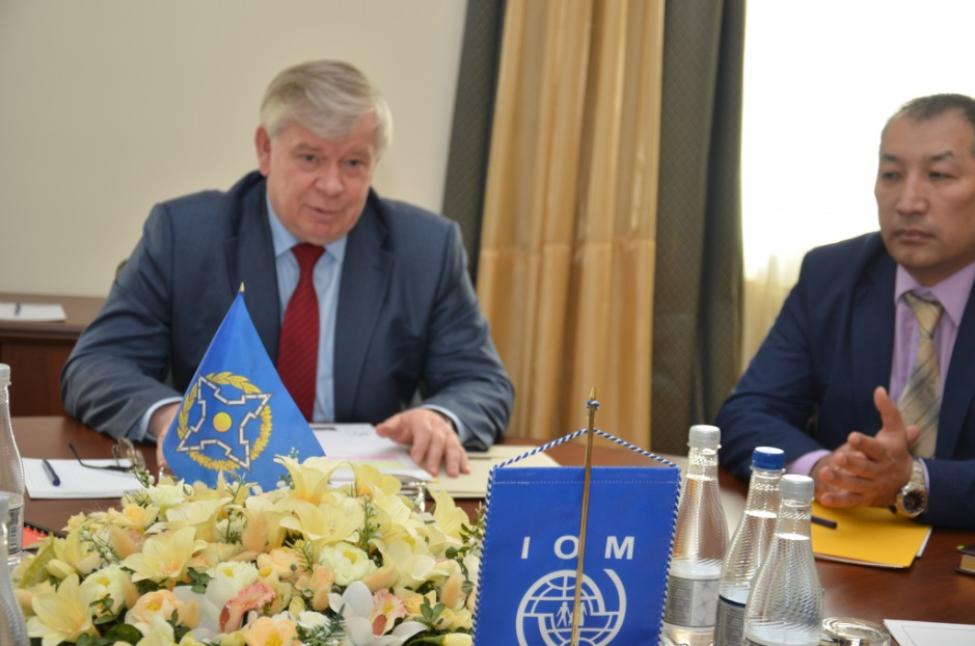 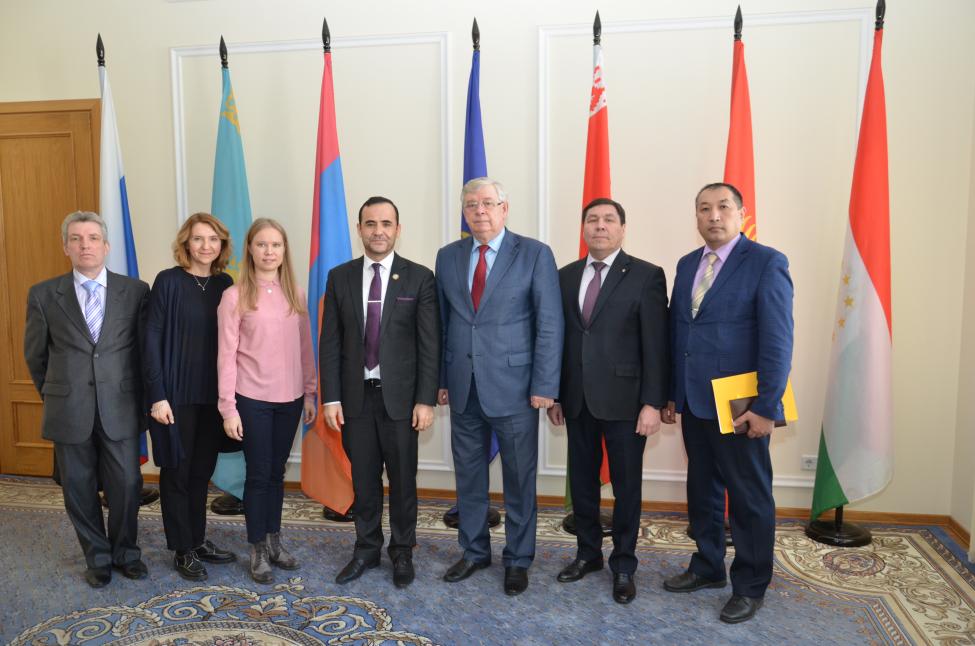 On April 16, 2019, a working meeting between the Acting Secretary General of the Collective Security treaty Organization, Valery Semerikov, and the Chief of Mission of the International Organization for Migration in Moscow, Abdusattor Esoev, took place at the Secretariat of the CSTO.

At the beginning of the meeting, the Acting Secretary General of the CSTO congratulated Abdusattor Esoev on his appointment as Chief of Mission in IOM Moscow, and also expressed confidence in the further development of cooperation and partnership between the CSTO and IOM in the migration sphere, which has been implemented since 2006.

During the meeting, Valery Semerikov informed the IOM Moscow Chief of Mission about the migration situation in the CSTO zone and about the measures taken in the format of the Organization in the area of combating irregular migration.

In particular, it was emphasized that irregular migration is closely linked to such forms of cross-border crime as international terrorism, arms trafficking, drug trafficking and human trafficking.

In addition, the Acting Secretary General of the CSTO focused on the fact that today it is obvious that it is necessary to increase the efforts of the entire world community in the interests of global migration security.

“As one of the ways to achieve this goal, we consider the creation of conditions for the maximum favouring of immigration and naturalization of those categories of foreign nationals whose stay in the CSTO countries meets their national interests. On the other hand, an effective system of combating irregular migration is being formed and developed within the Organization, ”said Valery Semerikov.

In his turn, A. Esoev in his speech stressed that the International Organization for Migration is interested in cooperating with the CSTO Secretariat and deepening the existing forms of interaction. “This issue is especially relevant in light of the Global Compact for Safe, Orderly and Regular Migration adopted at the end of 2018 within the framework of the UN General Assembly, which was signed by all CSTO member states,” A.Esoev said.

In conclusion, both parties expressed satisfaction with the development of cooperation between the two organizations and reaffirmed their intention to strive to increase the effectiveness of interaction in the areas of common interest.

Source: Press Service of the CSTO