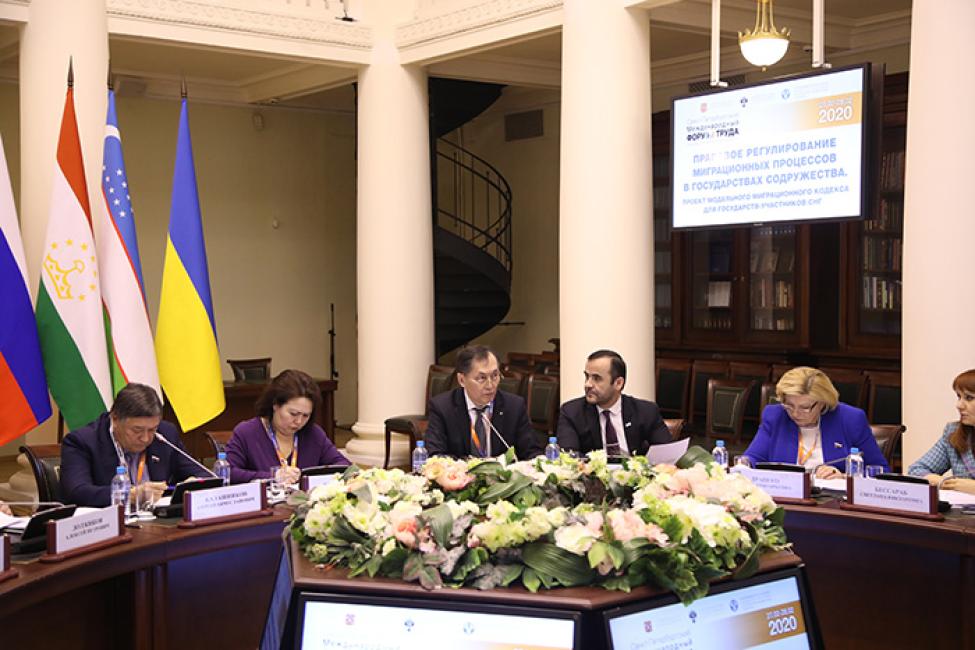 On 27-28 February 2020, IOM Moscow Chief of Mission Abdusattor Esoev took part in the IV St. Petersburg International Labour Forum and welcomed the participants at the plenary session, and also spoke at the parliamentary hearings on “Legal regulation of migration processes in the CIS Member States. Draft Model Migration Code for the CIS Member States”, organized by the Interparliamentary Assembly of the Member States of the Commonwealth of Independent States.

IOM Moscow Chief of Mission emphasized that the Model Migration Code fully meets the requirements of the Global Compact for Safe, Orderly and Legal Migration, adopted in December 2018 in Marrakesh, and expressed satisfaction that many provisions of the draft were formed precisely taking into account the goals of the Global Compact. “The Model Migration Code for the CIS Member States is an example of the successful implementation of an international act at the regional level.”

Noting the significant contribution made by the CIS Interparliamentary Assembly to the development of model legislation in the field of migration, IOM Moscow proposed to conduct a comparative legal analysis of previously adopted model legislative acts in order to assess their compliance with modern realities.