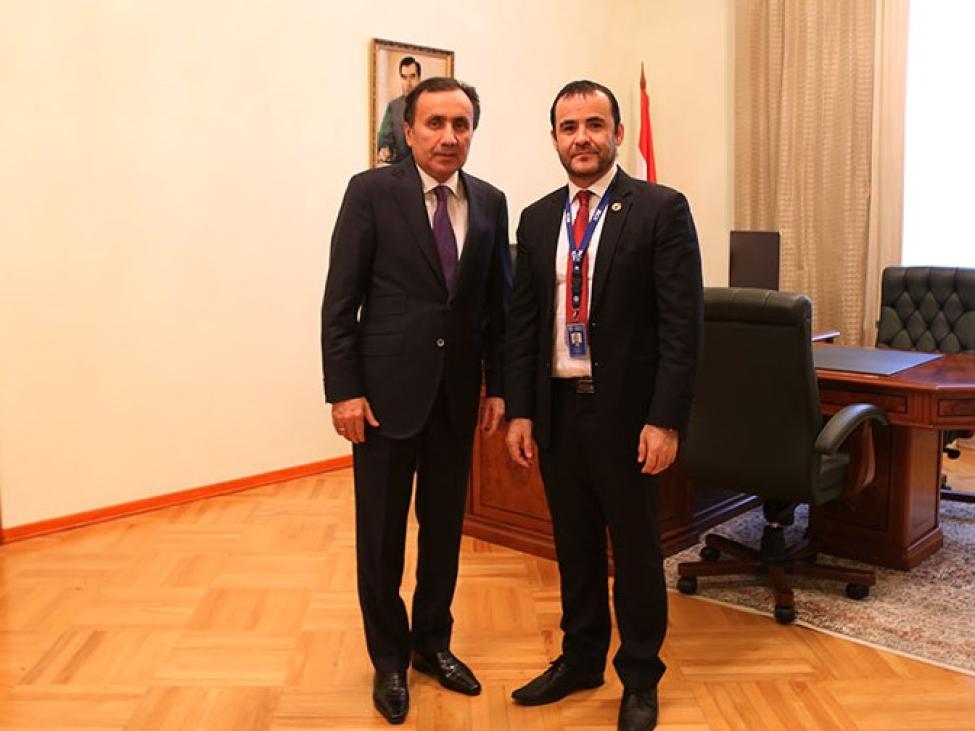 On October 31, 2018, the Chief of Mission of the International Organization for Migration (IOM) in Moscow, Abdusattor Esoev, met the Ambassador Extraordinary and Plenipotentiary of the Republic of Tajikistan in the Russian Federation, Imomuddin Sattorov.

During the meeting, the parties exchanged views on international migration, its impact on the socio-economic development of states, as well as the international legal framework for the governance of modern migration.

The Ambassador of Tajikistan informed IOM Moscow Chief of mission about the activities of the Embassy in the field of interaction with the relevant Russian structures on labour migration issues.

During the meeting, the intention was expressed to organize joint events to discuss issues of improving the social status of migrant workers.

IOM programmes on migration health and integration of migrant workers in the host country were also discussed.

Photo from the web-site of the Embassy of Tajikistan