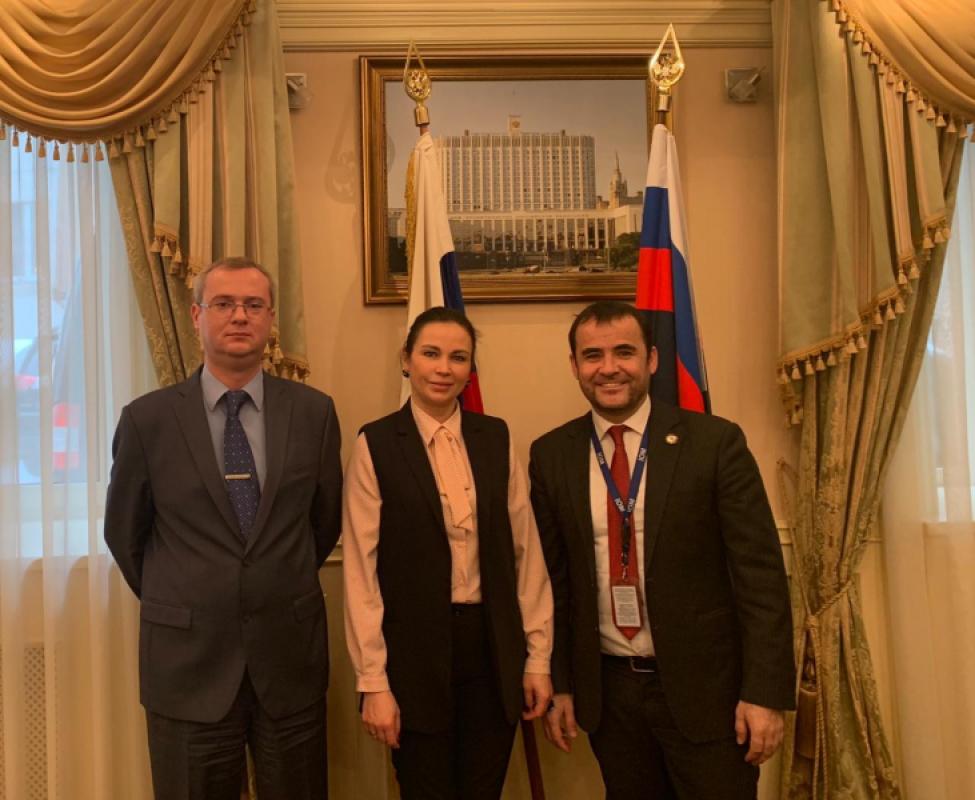 On January 18, 2019, a meeting between IOM Moscow Chief of Mission, Abdusattor Esoev, and Acting Head of the General Administration for Migration Issues of the Ministry of Internal Affairs of Russia [successor of FMS], Police Major-General Valentina Kazakova, took place.

During the event, the parties identified the main areas of joint activities, including cooperation in the field of labour migration, combating illegal migration, as well as asylum.

During the conversation, Abdusattor Esoev thanked for the position of the Russian Federation, reflected in the Global Compact for Safe, Orderly and Regular Migration, regarding the importance of the efforts undertaken by the international community to solve the problems of forced migrants, including the tasks of preventing and resolving conflicts, coordinating efforts in political, socio-economic, humanitarian and other areas, ensuring security and human rights, building the nexus between humanitarian assistance and advancing integration.

At the same time, representatives of the General Administration for Migration Issues of the Ministry of Internal Affairs of Russia informed about the latest changes in migration legislation of the Russian Federation, the impact of migration on the economies of countries, touched upon the main goals and objectives of the adopted Concept of the State Migration Policy of the Russian Federation for 2019-2025.

The meeting was held in a constructive manner and friendly atmosphere.

Photo from MoI of Russia web-site