Working meeting of IOM Moscow Chief of Mission with the Ombudsman in St. Petersburg 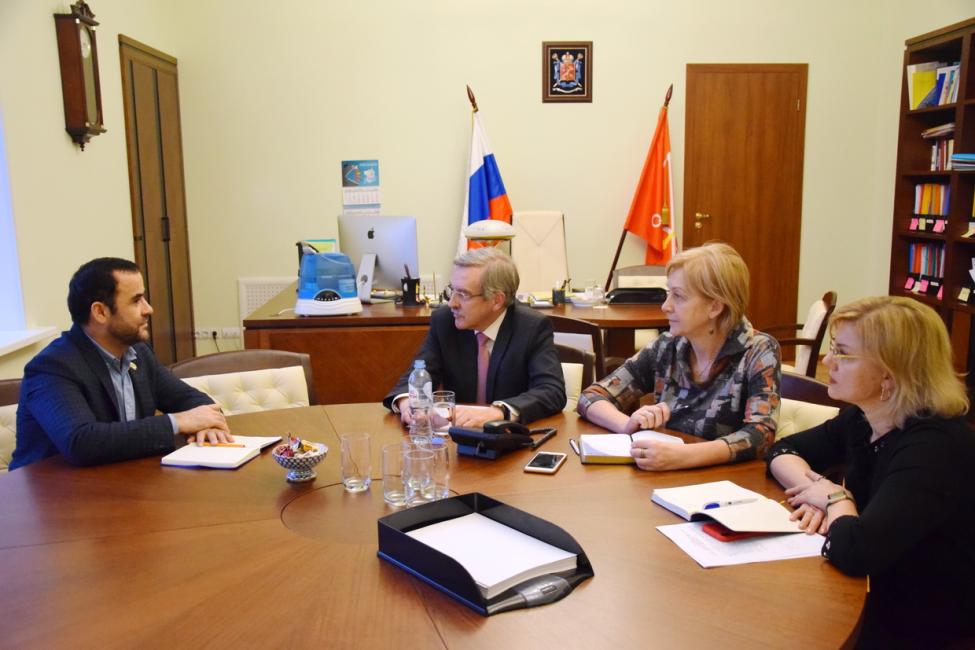 On January 17, 2020, a meeting was held between IOM Moscow Chief of Mission, Abdusattor Esoev, and Ombudsman in St. Petersburg, Alexander Shishlov. The meeting was also attended by Olga Shtannikova, head of the Office of the Ombudsman, and Svetlana Vasyukova, head of the Department of State Protection of Human Rights.

The prospects for cooperation in the field of protecting the rights of foreign citizens in 2020 were discussed. In particular, IOM Moscow Chief of Mission offered assistance in organizing round tables on issues related to the deportation of foreign citizens with socially dangerous diseases (including HIV), and on the practice of implementing the Global Compact for Safe, Orderly and Regular Migration .

Abdusattor Esoev also expressed his readiness to continue cooperation with the Ombudsman in holding the St. Petersburg competition of student works "Human Rights" (a special nomination for works on migration issues). Since 2014, IOM Moscow has been supporting this student competition established by Alexander Shishlov.